We were given a lot of children’s books before Ellie was born, which is awesome, but it means that we have books we probably wouldn’t have chosen, ourselves. I don’t mean to sound ungrateful; we’ve discovered some great books this way, for example, Sylvester and the Magic Pebble, a cautionary tale about being careful what you wish for. But the messages of some of these books isn’t quite so benign. Such as: 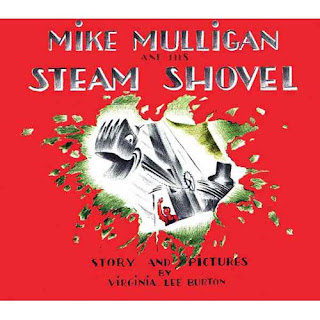 Mike Mulligan and His Steam Shovel. Mike Mulligan is a working class guy who just likes to dig using his steam shovel. He "digs a little faster and a little better" when people are watching and appreciate him, which is a wonderful sentiment. Unfortunately, the march of progress kicked Mulligan in the face, and he was replaced with gasoline-powered machines. In a last-ditch effort to remain useful, Mulligan digs the basement for the town hall, but boxes himself in and can't get out. So they leave him there and build the town hall around and above him. The book presents this as a happy ending, but how can it be? Mulligna is trapped in a cellar, away from the watching, appreciative eyes of people who once made him 'dig a little faster and better.' He is useless, now, relegated to the basement where progress can continue without anyone having to see this cast-off relic from the past. As I was reading this story to my daughter, I was aghast. It's a terrible message for kids. 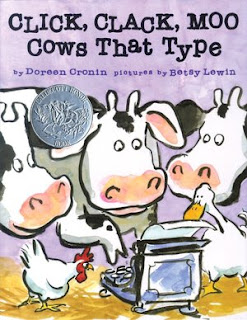 A book with a much more positive message on the treatment of the working class is Click, Clack, Moo: Cows That Type. The story goes like this: the cows are cold out in the barn, so they refuse to give anymore milk until the farmer gives them electric blankets. Then the chickens get in on it. The animals communicate by typing messages on an old typewriter, hence the title. The book balances silliness with a valid message about respecting others and being grateful to others for the work they do for our benefit. It also has a funny twist I won't spoil.

Here's one that surprised me: The Polar Express. I didn't remember this book at all, even after reading it. I have to admit, I was excited about it until I read it. The story is, basically, it's Christmas time, and these kids hop a train to the North Pole. They're warmed up with stories about Santa giving them stuff. 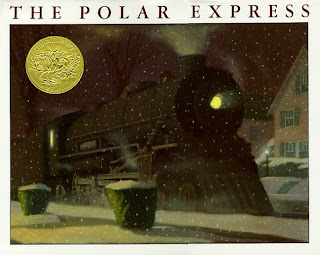 When they get to town, they encounter a multitude of elves gathering to hear the great fuhrer Das Santa speak. Seriously, I felt chills reading about these interchangeable elves practically worshiping this unapproachable Santa. The scene has all the warmth and joy of an SS rally. One of the kids is given a gift, which keeps him faithful all of his life. Everything about this book is lacking in anything one would want to associate with Christmas. The children are greedy. Santa is treated like a totalitarian ruler. The whole thing left me feeling dirty.

A much better book about giving would be, of course, The Giving Tree. This is quite possibly the greatest children's story ever written, from the point of view of a parent. It perfectly sums up the relationship between a parent and child. 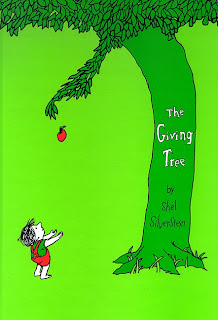 I challenge anyone to read this book without sobbing like a kitten.

I've discovered lots of other great books, of course. The books of Rosemary Wells and Mercer Mayer are my favorites right now. One thing that bothers me about these books is that the anthropomorphic creatures in them wear shirts but never pants. But that's a post for another day.
Posted by CLBledsoe at 4:55 AM

I'm glad you like Sylvester. He was one of my favorites still in print